The VPN service built into Google One may now be accessed from a PC running Windows or a Mac.

Google has today made public the debut of a separate client for Windows and macOS, two years after including a VPN service inside its Google One offering. Until today, the Google VPN service was only available on smartphones as part of the Google One Premium membership.

Google first exclusively offered it on Android until expanding it to iOS a few months back. Google One Premium members in 22 countries will be able to access the web using Google VPN from their Windows PC or Mac starting today.

Nonetheless, the Google VPN service remains quite restricted, as it is currently on Android and iOS. Google VPN, like Apple’s Private Relay over iCloud function, does not enable you to manually select the IP address of the nation under which you want to appear online.

The service will automatically assign you an IP address based on your location. As a result, using the service to overcome geo-blocking is impossible. Expect to be unable to access the Netflix collection in another nation with this one.

However, you will be able to use it to hide your IP address and free yourself from online trackers.

The application will be available for download soon from the page dedicated to the service. 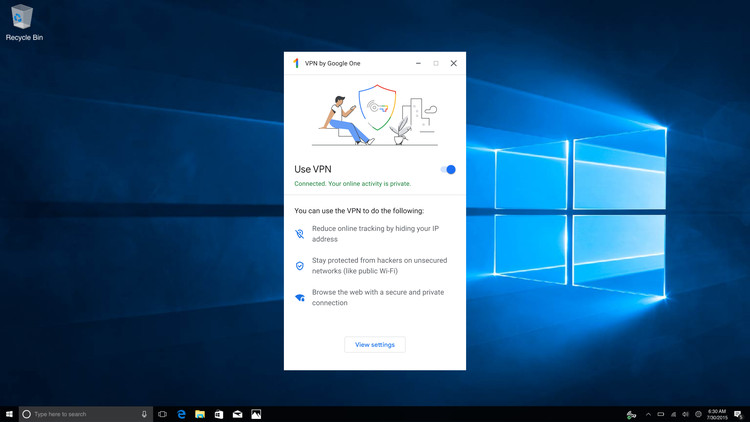 Remember also that this VPN service offered by Google is only available with the most expensive subscription of Google One.